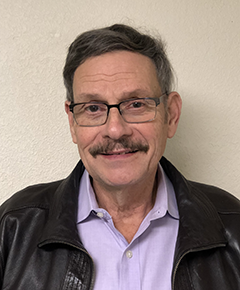 Bill started his career working in the auditing departments of the predecessor firms of Deloitte Touche, Tohmatsu and KPMG. He later became the CFO of a manufacturing and test lab company.

He is a former chairman and Professor of the accounting and finance departments at San Jose State University, where he primarily taught auditing and tax classes. He served as a Deck and Legal Officer in the United States Navy.

Bill specializes in a variety of areas including tax planning, tax preparation, compilations, audits, and reviews. He enjoys spending his spare time with his wife and daughters.

Prior to working for DAC, Christine was a public elementary school teacher. She grew up working in her father's tax office, and decided to leave teaching to pursue a career in public accounting. In 2016, Christine accomplished her goal by earning her CPA license.

Christine earned her Certificate of Advanced Accounting Proficiency, (CAAP) from Santa Clara University and holds a B.A. degree from Chico State University and is a member of CalCPA.

In her free time, Christine enjoys waterskiing on the Delta, riding her horse, and spending time with her dog, Val.